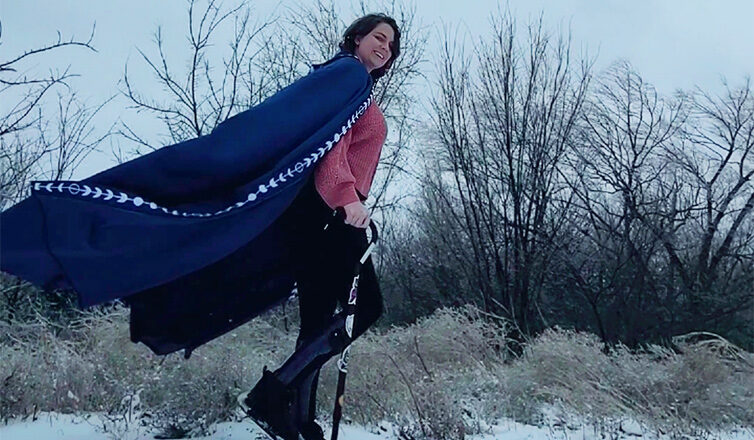 When thriving, 37-year-old Sara Wheeler who has a background in nursing began to experience strange sensations in the outer extremities of her hands and feet, the ominous “what if?” of having ALS flashed through her mind. Commonly called Lou Gehrig’s disease, but scientifically referred to as Amyotrophic Lateral Sclerosis, ALS is a neurodegenerative disease that aggressively attacks nerve cells associated with muscle control. Since her first inquiry, doctor after doctor dismissed her theory that she had ALS because she was so young.

After years of desperately seeking answers, in May of 2021 Sara was referred to Austin Neuromuscular Center. After comprehensive testing, it was unfortunately revealed that her initial fear of ALS was, in fact, correct. The results also unveiled that this otherwise healthy, mid-thirties woman had a rare, genetic form of the neurodegenerative disease passed from her father.

Since becoming a patient of our ALS Clinic, Sara has been receiving a targeted medication for her form of genetic ALS through spinal injections each month. This targeted drug’s goals is to stop the creation of the harmful protein, and hopefully halt nerve and muscle damage and death. The medication is given under the compassionate use program. Since April of this year, Sara has made the drive from Fort Worth to Austin for her treatments. She has completed her fifth injection and she also participates in biomarker studies to help advance knowledge for the field of ALS.

While it was not always the case, Sara must now wear braces and use a cane to provide support to her legs, but she does this proudly, and even decorates her extra accessories with stickers of her favorite bands as a way to “bring energy to her disease.” However, ALS’s attack on her lower extremities makes it harder for Sara to get around on difficult days. Her message to those who may suspect or are just curious about ALS is “to push for genetic testing, especially today as it is not as expensive.” She is also a huge advocate of support groups. “There are so many questions someone with ALS has and to have a community can be a life-changer. “

Even through life with ALS, Sara inspiringly stays optimistic and says she “feels fortunate because her disease is considered ‘slow progressing’”. She tries her best to not let the diagnosis stop her from staying active, particularly in her role as a wife and a mother to three children – ages 16, 11, and eight. In addition to her treatments and medical care here, Sara remains very active in support groups and shares information about her condition to spread awareness and educate others. For fun, she recently joined Twitch and enjoys her newfound video game hobby, where she can also advocate for ALS!