Part of Austin Neuromuscular Center’s (ANC) comprehensive, state of the art autonomic function lab, the Tilt Table Test is one of four safe, non-invasive tests used to aid in the diagnosis and treatment of autonomic nervous system disorders.

The autonomic nervous system controls blood pressure and heart rate, blood flow to different parts of the body, sweating, bowel and bladder function, and sexual function. Here are some disorders we diagnose with the help of the tilt table test:

Each test measures a different aspect of the autonomic nervous system to determine whether your autonomic nervous system is working properly. The four tests are usually completed in one session lasting about 90 minutes.   ANC has one of the only advanced autonomic labs in the nation, and our tilt table test is one of a few available in Texas. Many primary care physicians, neurologists and cardiologists refer patients to ANC for this highly specialized test.

To prepare for the tilt table test, we ask patients to avoid stressful situations and strenuous exercise for 24 hours before the test. The test is most successful when patients are rested and relaxed. Patients should also avoid alcohol, nicotine and caffeine for 12 hours before tilt table testing, and should not use lotions, oils, or powders on the day of the test.   Before testing, patients should drink water and eat a light meal and shower as close to the appointment time as possible to remove all natural oils from the body. We recommend that patients wear soft, non-restrictive clothing and avoid clothing that may restrict blood flow. 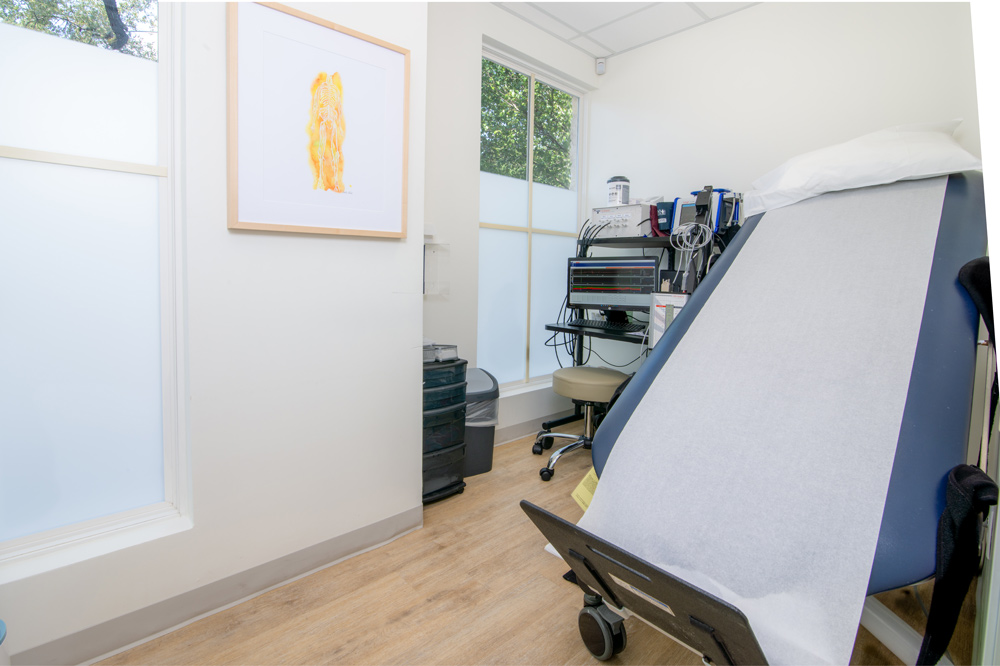 For the first part of the test, a patient lies on a table with a footboard. We secure straps around the patient for safety. After about five minutes, we raise the patient to a nearly upright position. The patient must stay as still as possible and report any symptoms while the test measures blood pressure and pulse to evaluate the body’s response to the position change.

For the third part of the test, called the Valsalva Maneuver test, patients exhale into a sterile mouthpiece while we measure heart rate, respiratory rate, and blood pressure.

For the fourth part of the test, called the Quantitative Sudomotor Axon Test (Sweat Test), three recording electrodes are placed on the surface of the arm and foot to measure sweat production in response to acetylcholine.

Test results may help to identify a diagnosis and demonstrate how the patient will respond to certain treatments. Treatments will depend on the diagnosis, signs, and symptoms.

Autonomic function testing is safe, and complications are rare. As with any medical procedure however, it does carry some risk. Potential complications of the tilt table test include weakness that can last several hours and continued low blood pressure after the test. These symptoms typically go away when the table is returned to a horizontal position.

Each test is performed under the care of a trained technician who monitors each patient during the entirety of the visit.